The opening of the Polish Club in 1962 provided excellent base for the sports enthusiast who formed Table Tennis Team who played in the local leagues for many years with great success.

Additionally in 1977 Polish Club Football Team was formed after starting playing competitively in the Sunday 4th Division in several years gained promotion to the Premier league on the way winning number of trophies and shields. Team boasted beside Poles a number of English and Italian players and enjoyed popularity and good following among fans. Cup Finals were reached on two occasions, one of which resulted in victory.

In 1977, after a break of several years, a Volleyball team was re-formed by R. Krzyworączka, followed in 1980 by a Ladies team. Both teams played in local leagues as well as taking part in Polish championships. 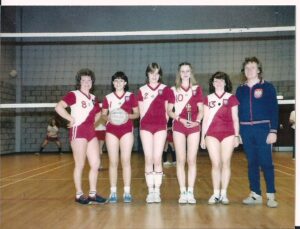 At present time regretfully Club does not have any sporting teams, however with the influx of new generation young Poles and their families as well as 3rd generation poles in the UK there is great opportunity to restart this great tradition.

As from 19th July 2021 legal restrictions to control COVID-19 have been lifted for social distancing, wearing face coverings, no limits on the number of people who can attend weddings, civil partnerships, receptions, celebrations, funerals and other life events. There is no requirement for table service at life events, or restrictions on singing or dancing. There are no longer restrictions on group sizes for attending communal worship.  Everybody needs to continue to act carefully and remain cautious.

This website uses cookies to improve your experience while you navigate through the website. Out of these cookies, the cookies that are categorized as necessary are stored on your browser as they are essential for the working of basic functionalities of the website. We also use third-party cookies that help us analyze and understand how you use this website. These cookies will be stored in your browser only with your consent. You also have the option to opt-out of these cookies. But opting out of some of these cookies may have an effect on your browsing experience.
Necessary Always Enabled
Necessary cookies are absolutely essential for the website to function properly. This category only includes cookies that ensures basic functionalities and security features of the website. These cookies do not store any personal information.
Non-necessary
Any cookies that may not be particularly necessary for the website to function and is used specifically to collect user personal data via analytics, ads, other embedded contents are termed as non-necessary cookies. It is mandatory to procure user consent prior to running these cookies on your website.
SAVE & ACCEPT